The Lubuskie Region is situated in the western part of Poland and borders with Germany, Polish regions of Dolnośląskie, Wielkopolskie and Zachodniopomorskie. 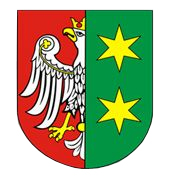 It is situated in a lowland area full of rivers and lakes. Nearly a half of its area is covered by forests. Lubuskie covers an area of 14 thousand km2, which is 4.5% of the total area of Poland. Population of the region is 1024 thousand people, population density is 73 people per km2 (60% of national average). 65% of people live in cities.

The main cities include Gorzów Wielkopolski, Zielona Góra, Nowa Sól, Żary, and Żagań. The region has two regional administrative centres: one in Gorzów Wielkopolski – Governor’s Office (central administration) and another in Zielona Góra (Marshal’s Office, regional parliament). Population of both cities exceeds 120 thousand people and apart from administrative functions they play the roles of cultural and scientific centres. The two cities are also the largest industrial centres in the region. Zielona Góra enjoys long and rich tradition of viticulture, continued until today as a tourist attraction. Other major service centres in the region include Nowa Sól (ca. 42 thousand people), Żary (ca. 41 thousand people) and Żagań (ca. 28 thousand people).

In the Lubuskie Region, the most important industries include wood processing, paper production, textile and chemical industries. The two particularly well developed sectors are forestry and agriculture. There are also deposits of oil, natural gas and brown coal in this region. Tourism is growing in importance, attracting transit tourists and those who come to stay in the region. Tourists mainly admire the untarnished nature, lakes and forests and remains of the past. There is also a unique network of underground bunkers from the period of the Second World War now inhabited by the largest population of bats in Europe.

The Lubuskie Region cooperates closely with its neighbouring German region of Brandenburg and Berlin. The best example is Collegium Polonicum in Słubice, a school established by two universities, one in Poznań and one in Frankfurt am/Oder. The school educates specialists in fields that are useful in border regions. Polish and German towns of Słubice and Frankfurt, as well as Gubin and Guben cooperate in developing a joint urban infrastructure.

The Pan-European Transport Corridor No. 2: Berlin–Warsaw–Moscow passes through the Lubuskie Region and Pan-European Transport Corridor No. 3: Berlin–Wrocław–Cracow–Kiev is situated in its southern part. Motorways A2 and A18 (which is currently under construction) are axes for both corridors. Parallel to them run railway lines, including the one between Berlin and Warsaw that already meets the AGTC standards. Roads and railway lines crossing the region from the state border with Germany towards East and South-East play a very crucial role for transport.

The whole of the Lubuskie Region is situated within the Central European Transport Corridor. International road E65 (National Road No. 3), railway line CE59, and the middle stretch of the Oder River cross the region from North to South, linking the two administrative centres.

A part of National Road No. 3 near Zielona Góra has already been improved to meet the standards of future S3 expressway. The middle stretch of Oder River is not navigable, however, there are regional plans to develop river ports and restore navigation on the river. Since so many transport routes cross in the region, transport node of the future CETC infrastructure could be located there. The Lubuskie Region expects that the infrastructure of the Central European Transport Corridor will improve transportation accessibility from North and South, and thus contribute to further development of tourism, multimodal transport, and enterprises along main transport routes. CETC-ROUTE65 would also contribute to stimulation of economic development in the region’s towns and cities. 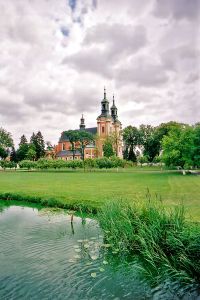 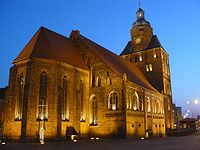 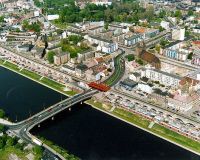 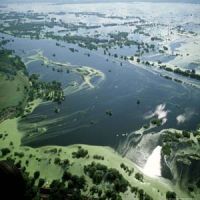 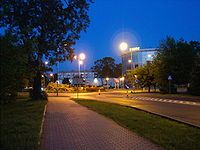