Primorsko-goranska County borders in the north with the Republic of Slovenia, in the west with Istarska County, in the east with the Counties of Karlovac and Licko-senjska, while in the south-east, at the Gate of Kvarner, it has a sea borderline with Zadarska County. 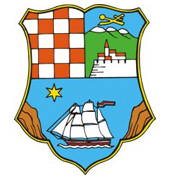 The County comprises also part of the territorial waters with the state boundary located some 22km south-west of the island of Susak. The area of Primorsko-goranska. County is divided into three regions – the mountainous, the littoral and the island region – with the overall area of 3,582 km2 or 6.3% of the total national territory.

The mountainous region (Gorski kotar)has a temperate continental to mountainous climate with rich forest and water resources and it is an area renowned for the excellent quality of air and water and therefore has a rich plant and animal life. The area is not built-up and it is scarcely populated. In the western part of Gorski kotar the highest mountain peaks are Risnjak (1528m) and Snjeznik (1506m), while in the eastern part Bjelolasica (1534m) and Visevica (1428m). Between these two areas, towards the north-west, there is a lowland area via the Dobra and Kupa river valleys. The Kupa river, the largest in the County, flows towards the river Sava and in the direction of the Black Sea river-basin, while the underground stream Licanka flows, across Dubracina, towards the Adriatic river-basin. The underground streams Lokvarka and Licanka, upon which the artificial lakes of Lokve (31 mil. m3 water) and Bajer (1.2 mil. m3 water) have been built, within the hydroelectric system Vinodol, are part of the Adriatic basin.

The littoral regionis characterized by the Mediterranean climate with some influences of the mountainous climate in the winter months (wind, rain and snow). This area forms a semicircle around the Bay of Rijeka and the Channel of Vinodol, between the crests of Ucka (1396m) in the west and mountains in the north and north-east on the edge of Gorski kotar (Obruc 1376m, Tuhobis 1109m etc.). The region encompasses the eastern slope of Ucka which merges with the karst area of sisarija, separated from Klana and Kastav areas by the valley between Jusici and Rupa. Grobniscina, with the vast Field of Grobnik, is in the hinterland of Rijeka and it was formed through the sedimentation of Pleistocene gravel brought down from the neighboring mountains. Above the Bay of Bakar is the plateau of Hreljin and Krasica; while to the south-east is the fertile Vinodol Valley. The low coastal limestone crest has been penetrated by the running waters of Potok, Rjecina, stream of Draga, Bakarska vrata, Dubracina and Suha Ricina.

As a consequence of the underground circulation in the mountainous hinterland, numerous coastal springs have been formed, from the co astal area of Opatija across the coast of Rijeka and Vinodol, a part of which is used for the water supply systems of coastal settlements (Zvir, the Rjecina and the Martinscica springs for Rijeka; Dobra and Dobrica for Bakar and its surroundings; Zrnovnica for Novi Vinodolski and Crikvenica; smaller springs on Ucka which are not sufficient for the water supply of Opatija).

The island region, characterized by the Mediterranean climate, is made up of two strings of Kvarner islands: the western string with Cres, Losinj and some smaller islands, and the eastern string with Krk and Rab and some uninhabited islands between them. The largest islands are Krk and Cres – 405.8km2 each but Krk is double in width, while Cres is double in length. The Vransko Lake on the island of Cres, with its surface 13m above sea level, is a unique hydrographic phenomenon in the Adriatic. It has the area of 5.5 km2 and is 74m deep (the deepest part of the lake is 60m below sea level) and contains 200 mil. m3 of exceptionally clear water which supplies the settlements on the islands of Cres and Losinj. The water supply on the island of Krk is dependent upon two small lakes – Ponikve and Jezero – together with a few small springs which feed the local system for most of the settlements. As far as the island of Rab is concerned, it has some local springs which are insufficient and for the water supply the residents use the underwater pipeline connected to the coastal water system.

The smallest town in Primorsko-goranska County is the town of Cres with 2959 inhabitants, while the smallest municipality is that of Brod Moravice with 985 inhabitants.