The Skane Region is situated in the south of Sweden surrounded by the Baltic Sea and the Öresund Strait from three sides. It borders with regions of Halland, Smaland and Blekinge. 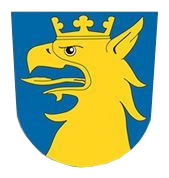 Skane is linked with Denmark via a bridge across Öresund Strait. It covers an area of around 11 000 km2 and its population is approximately 1 136 600 people. Skane is an open and easily accessible region due to its maritime location, which has a strong influence on its natural environment, culture and economy.

Skane is a land of contrasts: dense forests and steep cliffs in the north and broad plains and shallow sandy coast in the south. Favourable climate, diverse fauna and flora create a unique landscape and climate. In Skane, particular attention is paid to natural environment and the ecological awareness of its inhabitants is very high. For this purpose, two national parks were established – Dalby Söderskog and Stenshuvud. Tourists visiting the region, apart from admiring the beautiful scenery may also get to know Skane’s history by choosing to see some of its 200 manor houses and castles.

The largest city in Skane is Malmö. Other important cities include Helsingborg, Lund, Kristianstad, Landskrona, and Trelleborg. Kristianstad is the administrative centre of Skane, was established in 1997 after a merger of Malmöhus and Kristianstad regionds and is one of the 134 cities in Sweden with a historic city status.

Skane’s economic growth resulted from a shift from manufacturing to knowledge based industries, including biotechnology and nanotechnology, as well as development of food technology and IT clusters. Regional economy operates close to large markets and benefits from a well developed infrastructure. Two sectors are of special significance to the Skane Region: the food industry and biomedicine. Due to the importance of R&D centres in Skane, intensified actions were taken to increase the scientific potential and train the workforce. This task was accomplished by universities and research centres based in Lund, Malmö, Helsingborg and Kristianstad. Values promoted in the region, such as respect for nature and environment as well as social responsibility enabled sustainable growth.

Since 2000, the region has established a railway and road connection with Copenhagen through the Öresund Bridge. The Öresund Bridge and the geographic location in South Baltic Area, give Skane opportunities to expand trade and cooperate with Denmark in various fields. Skane is a natural transport node between Scandinavia and Europe. Its transport system caters for regional, national and international transport needs. Ferry terminals in Trelleborg, Ystad, Malmö and Helsingborg serve passenger and cargo traffic directed to the south of Europe. Due to region’s location, a major part of cargo from other locations in Scandinavia (approx. 30 million tonnes annually) is transhipped in the seaports of Skane.

The international road E65 starts in Skane. The road is the axis of the Central European Transport Corridor. Other European roads like E4 (Helsingborg – Tornio), E6 (Trelleborg – Kirkenes), E22 (Holyhead – Nizhny Novgorod) as well as some regional roads are also very important for the transport system. The development CETC-ROUTE65 infrastructure will help the Region of Skane establish an efficient link with southern Europe. The link is expected to have a positive impact on the economy, development of export and growth in maritime transport, especially in ferry services. 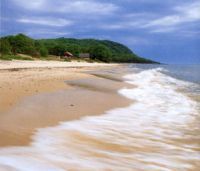 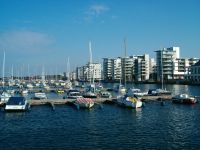 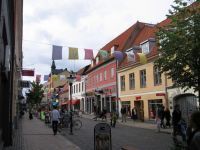 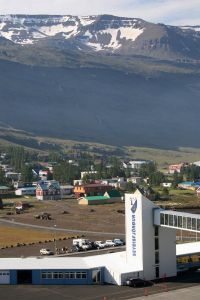 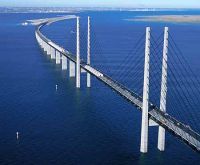