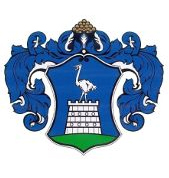 It borders with the counties of Györ-Moson-Sopron to the north, Veszprém to the east, and Zala to the south, along with the countries of Slovenia to the southwest and Austria to the west. It covers an area of 3,336 km2, with a population of 267,000 people. Vas’s population comprises mostly of Hungarians. Other ethnic minorities include Roma (Gypsies), Vends (Slovenes who settled in the 6th century), Croatians, and Germans.

The county occupies an area at the junction of the Little Hungarian Plain and the westward-stretching hills of Transdanubia. Vas is made up of mountains, plains, rivers and hills. The climate is influenced by nearby Alps and the region is among the wettest in Hungary. Őrség and Vendvidék regions as well as Koszegi and Ság Mountains have been declared natural reserves to protect their diverse flora and fauna.

The capital of Vas County is Szombathely, which sits upon the ruins of Savaria, the ancient seat of the Roman Pannonia Superior province. It has an abundance of archaeological sites dating to Roman times. Szombathely is one of western Hungary’s most important cities, notable for its industry, schools, and cultural institutions—including the Savaria Museum, the Modern Gallery, and the Vas Museum Village, along with the city’s symphony orchestra and dance festival.Other major towns include Koszeg, Sárvár, Celldömölk, Körmend, Szentgotthárd, Vasvár, Csepreg, and Répcelak. Koszeg is a major tourist attraction known for its old town centre and one of the largest Baroque memorial complexes in the country.

Vas County is considered to be Hungary’s western gate and it plays a decisive role in the development of the local society and economy. Benefiting from its positional advantages, it has become the pioneer of economic transition and has turned into one of the most important centres of economic and social modernisation in Hungary. The county is one of the most attractive investment regions as it has favourable geographic conditions, a restructured economy, as well as high quality human resources and cultural values. This most western county of Hungary has been luring foreign investors since political changes in 1989. The multinational companies that settled down in Vas invested mainly in machine, textile, wine, food, chemical and wood industries. The vast majority of Vas County’s 18,000 enterprises are SMEs, which play a key role in economic flexibility, its ability for constant revival and keeping track of the stark realities of market competition. Transport infrastructure requires modernization, as it would boost the county’s economy. The development of the North-South transport corridor – as a part of the CETC-ROUTE65 – is extremely important for Vas and the West Transdanubian Region, since this road constitutes the most important element of the social and economic cohesion of the region. 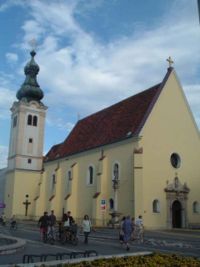 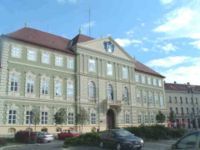 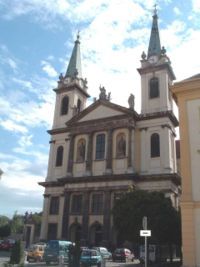