Innovative financing for cross-border transport – What can we do? 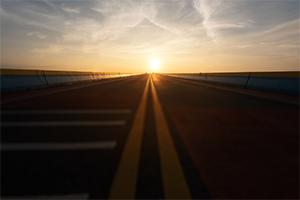 The focus on financing large-scale transport infrastructures is in sharp contrast with the relatively few resources available to address smaller scale infrastructure problems in Europe’s regions, especially those not located along the Trans-European Transport Network (TEN-T) corridors. This situation is potentially raising problems and hampering the development of these regions and that is why effective stakeholder interaction in the implementation of the transport network with use of the EGTC mechanism is needed. Krzysztof Żarna – Director of CETC – EGTC participated, as a speaker, in workshop dedicated to the innovative financing for cross-border transport to present CETC’ regions view on the issues.

Within the context of the study: “New ways of financing transport infrastructure project in Europe”; prepared by TIS and by INOVA+ for the European Parliament, Scientific and Technological Assessment Option (STOA), the workshop aimed at:

Given these objectives the workshop offered an opportunity to discuss possible approaches towards improving the financing of new technologies that enhance transport infrastructure in border areas. The event began with a presentation of the preliminary findings of the ongoing STOA study on ‘New ways of financing transport infrastructure projects in Europe’ mentioned earlier. This provided the attendees with comprehensive information on the topics and issues at stake, facilitating their participation in the subsequent debate. The second part was an informed debate on the changes that are needed to enhance the role of cross-border financing, with stakeholders being invited to share their own concrete experiences. These issues were discussed, among others, by representatives of the EGTCs. The strategic potential of EGTC to strengthen long-term investment in the field of transport from a technological and innovation point of view has been emphasized. Numerous European Groupings on Territorial Cooperation (EGTCs) emerged all over Europe, making use of EGTC structures to plan and implement cross-border investments and services, enhancing the technological infrastructure of cross-regional transport, especially when the investment plans require a substantial budget or are not included as part of the TEN-T network. Such activities will be also undertaken by CETC – EGTC as part of the implementation of international projects.